Op-Ed: Why We Should Care About Burkina Faso Right Now 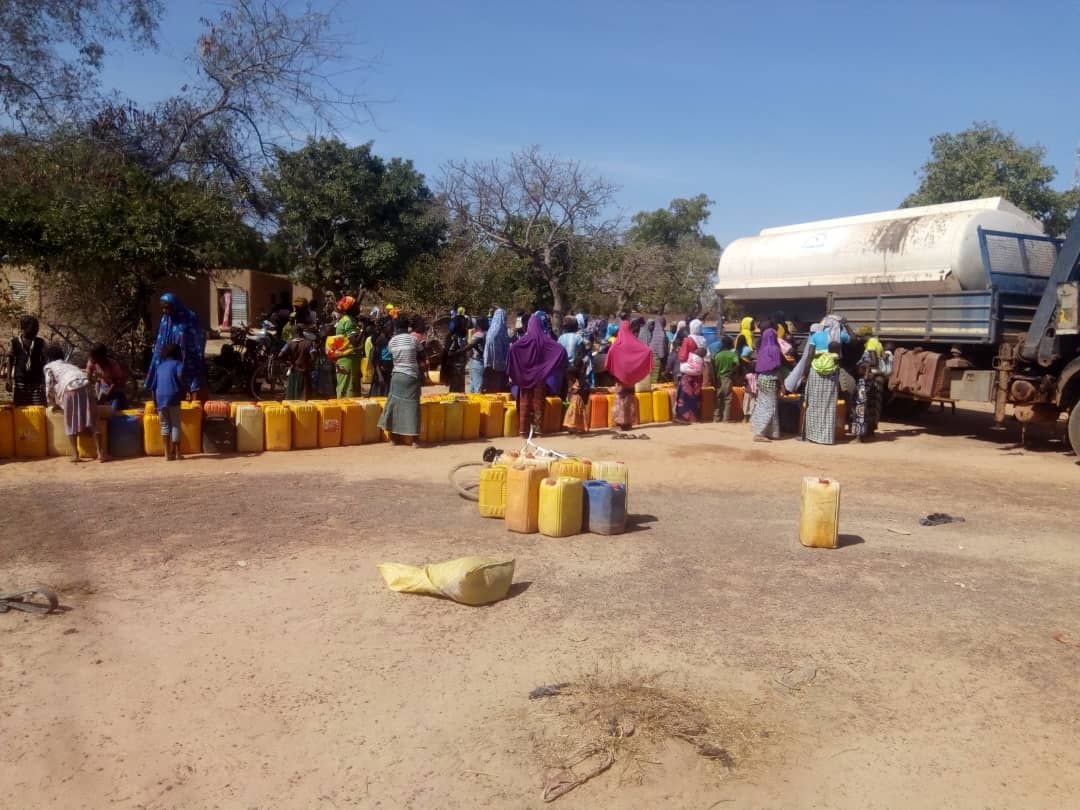 Fourteen years ago, my wife and I co-founded The BARKA Foundation, a UN-affiliated NGO with special consultative status with ECOSOC. BARKA’s work focuses primarily on WASH (water, sanitation, and hygiene), and related areas of women’s empowerment and sustainable agriculture. Since 2006, our lives have been singularly devoted to the small, ultra-poor, landlocked nation of Burkina Faso. What began as annual month-long trips turned into 9-month stays as BARKA’s work matured, projects increased in size, and Burkina became more our home than our native US. However, we have not set foot back in this beloved country since May 2018, due to a rapidly deteriorating security situation.

Over the past 18 months, our hearts have broken as we’ve helplessly witnessed Burkina play host to Africa’s latest unfolding tragedy. Due to increasing militant attacks by several jihadist groups, over 500,000 people have been forced to leave their homes (a 544% increase since January), creating one of the fastest-growing displacement crises in Africa.[i] The UN’s refugee agency, UNHCR, is calling the situation an “unprecedented humanitarian emergency”[ii] in the West African country of roughly 20 million people. Almost 3,000 schools were forced to close by the end of the last academic year[iii] and 330,000 students were out of class. This places more and more children, particularly girls, at risk of sexual exploitation and abuse, child marriage, and early pregnancy. Children not in school are also at higher risk of being recruited by armed groups.[iv]

The International Committee of the Red Cross (ICRC) states that 1.2 million Burkinabè are threatened with famine and malnutrition.[v] 80% of Burkina’s population grows their own food to survive.[vi] However, this past rainy season, when the year’s staple crops are cultivated, many local farmers either didn’t travel to more vulnerable rural farms for 3 months to grow their crops or were forced to leave before they could harvest[vii] due to threats of violence by jihadist groups and increased insecurity. Farmers are now selling anything they have, such as livestock, to survive and put food on the table.[viii] Access to food is expected to get more expensive and challenging as the devastation of the country’s agriculture and rural economy continues to be felt. [ix]

An aggressive insurgency spawned from several al Qaeda affiliates has killed almost 2000 people since January, combining guerrilla hit-and-run tactics with road mines and suicide bombings.[x] Until this year, attacks were primarily focused on government institutions, police/security posts, and community leaders. Targets have now shifted toward civilians including numerous recent attacks in churches[xi], public markets, schools, against gold mine workers[xii] as well as several instances of kidnappings of westerners[xiii]. To make matters worse, militant groups are responsible for a rise in inter-communal violence[xiv] in a nation that has long been known for its social cohesion and peace among Christians, Muslims, and practitioners of local traditions. Local vigilante “self-defense” militias known as “Koglweogo” are also taking up arms and have been accused of atrocities[xv] themselves. Burkina Faso is now stuck in a vicious cycle where the problems that allowed armed groups to infiltrate the country are being exacerbated by their presence, while the resulting desperation is causing more people to join them.[xvi]

How did we get here? In 2014, the dictatorial president, Blaise Compoare, who ruled the nation like a tribal chief for 27 years, was overthrown[xvii] by a relatively peaceful popular revolution. Until then Burkina Faso, a former French colony, was deemed an oasis[xviii] of peace and security within West Africa because Compoare’s regime had made deals with terrorist groups to prevent them from conducting attacks in Burkina. The fledgling democratic government did not renew such truces when it came into power in 2016. In addition, Compoare went to great lengths to prevent any coups against him (he was a coup specialist who came to power himself in 1987 in a bloody coup[xix]) and surrounded himself by an elite army known as the Presidential Guard. This army received specialized training by France and the US, much to the neglect of Burkina’s national military. When the Presidential Guard was disbanded in 2015 after attempting its own coup, a security vacuum ensued. Burkina’s first terrorist attack occurred two weeks later[xx]. The Burkina military that remained sorely lacked training, equipment, and funding and was quickly overwhelmed by activities of several terrorist groups operating within the country. Earlier this year the Burkina military accidentally bombed the wrong target by confusing geographic coordinates and were also cited for extrajudicial killings and human rights violations[xxi].

Why should Americans care? Faced with jihadist breakthrough in Burkina Faso, neighboring states in West Africa’s Gulf of Guinea increasingly fear attacks in their territories. The risk is high that the violence which moved south from Mali into Burkina will continue spreading to Ivory Coast, Ghana, Benin, and Togo, further destabilizing the region. Since the crisis began, BARKA Foundation has been advocating for greater international support in terms of military capacity, security capabilities, and development aid to nip this terrorist insurgency in the bud before it gets completely out of hand. The insurgency is still fledgling and is more vulnerable now then it will be after it has more time to establish itself in the region. Although the US has been a key strategic ally through assistance programs aimed at building capacity in areas such as counter-terrorism, peacekeeping, intelligence and defense institutions building,[xxii] neither American nor French support has come close to being enough to turn things in the right direction. Maj. Gen. Mark Hicks, commander of US special-operations forces in Africa even expressed concern that too little resources were being applied too late to be effective[xxiii]. Humanitarian organizations, political leaders, even the Pope[xxiv] have spoken out about the need for international partners to pay closer attention to what’s happening here. The advanced attack capabilities terrorists in Burkina are now employing make it a potent long-term threat to US and European interests in the region and may be directed against the US homeland with little to no warning.[xxv] Western leaders make a serious mistake to underestimate the danger this insurgency will pose in the future.

Despite these threats, last Fall, the Pentagon ordered a 10% cut to the roughly 7200 US defense personnel in Africa.[xxvi] The Trump administration has skepticism about doing anything in Africa,[xxvii] and President Trump would surely consider Burkina Faso a “shithole country[xxviii]”. Last month Defense Secretary Mark T. Esper began weighing proposals for a major reduction or even complete pullout of American forces specifically from West Africa.[xxix] Nothing could be worse for Burkina Faso, the region or US interests in Sub-Saharan Africa. The US has done more than any global power to contribute to the rise of Islamic Jihadist violence around the world and bears some responsibility here. It was the overthrow of Muammar al-Qaddafi in Libya that created the influx of arms into Mali[xxx] and the rise of terrorism there, which is directly responsible for the terrorist situation in Burkina Faso[xxxi]. It was Bush and Obama’s drone policies in the Middle East that served as a recruitment campaign[xxxii] for jihadists throughout the Middle East and beyond. To pull troops out of West Africa now just when they are most needed, and more support should be brought to bear, is both irresponsible and immoral.

Bio: Esu Anahata, Executive Director of The BARKA Foundation, is an Ariane de Rothschilds Fellow and published author of “Charity is Obsolete; The Gift of Reciprocity from the Indigenous Paradigm,” Hope for Africa[xxxiii].