BARKA Seeks to Empower Women and Girls in Every Project 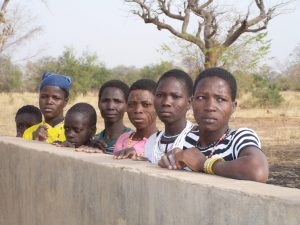 Studies have shown that when a man in a rural African village has money he will spend it on himself. However when a woman has money, she spends it on her family. In rural Burkina, women are the backbone of society who have their fingers on the pulse of the community. Their days are spent walking miles for water, cooking meals over an open fire, washing clothes, taking care of children, and even farming in the rainy season. From sunup until sundown, women of Burkina Faso barely get a moment’s rest, and this is not an exaggeration.

In addition, Burkina Faso is a deeply patriarchal society, where women are often treated as 2nd class citizens. Women have fewer job opportunities, receive less wages for similar work, and their rights are not always protected. For example outdated and harmful practices such as Female Genital Mutilation and Cutting (FGM/C) and Child, Early and Forced Marriage (CEFM) are outlawed by Burkina law but still widely practiced. Polygamy is also commonly practiced by some muslims, but only by men, not women. Only 1% of girls complete their education by finishing high school.

Ironically, legend has it that the nation of Burkina Faso was founded by a woman who lived over 900 years ago– the warrior-princess Yennenga who commanded her own battalion on the back a stallion. She is considered to be the mother of the Mossi people and has become a cultural icon known and admired for her strong character and independent mind. Unfortunately, these attributes seem more admired in the form of legend than in the real lives of women in Burkina Faso today! 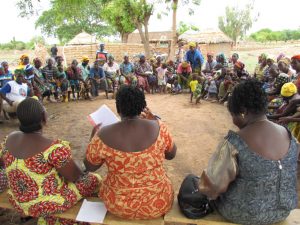 BARKA aims to strengthen women’s skills and capacities in all its projects. In fact, because we have so much faith and confidence in Burkinabè women, back in 2006 when BARKA was researching and gathering information about how to implement its first WASH project, it met with women to better understand the needs of the village. Since those early roots, BARKA has integrated women’s participation into all its projects and provided numerous opportunities for women to lead and benefit economically.

In every village where BARKA drills a well, women must make up at least 50% of the steering committee to oversee the water point and collection of funds. When BARKA developed plans for its ceramic filter social enterprise, women were chosen to make up the team of Filter Ambassadors to sell them within the community. When BARKA’s Social Art program launched and developed an original play about the management of water resources, it integrated themes of women’s empowerment to better elucidate their key role in water resource management and to inspire rural communities to enable women to lead. Most recently, BARKA’s WASH-in-Schools programming brought to light the need for improved menstrual hygiene management which gave rise to an entirely new program of menstrual, sexual and reproductive health.

BARKA seeks to build aspects of empowering women and girls into every project it implements.

“On average a woman in West Africa walks a distance of 5 KM carrying 20 liters of water each day. Time collecting water from distant locations prevents women from engaging in productive work and sometimes deepens gender disparities. Just in the last 24 hours 6000 people mostly children will have died from lack of safe drinking water and adequate sanitation.”